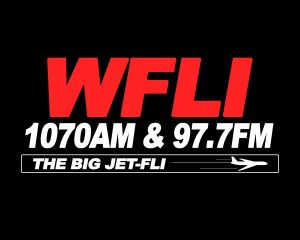 As most of my regular readers know, I am a HUGE fan of the Classic Top 40 format. It’s what I grew up with, listening to radio as a kid in the 1970s and early 80s. The roots of this format trace back to the early 1990s when select stations began playing “The Greatest Hits of the Seventies.” A few years later, “and Eighties” was added to their positioning statement. In some cases, they didn’t want to mention the 80s. Instead, their tag line became “Seventies and More” with “more” signifying the addition of 80s music. Later still, most of these evolved into “Classic Hits” stations. Some were great, others were okay, and some were just plain awful. The latest and greatest entry into the genre is Chattanooga’s WFLI-AM 1070 aka “The Big Jet FLI.”

Back in the 1990s, I worked for with several stations that did variations of the Classic Hits/Classic Top 40/70s Oldies format. Each had some of the necessary elements, but none had the full package.

One of these stations was Star 104.7 (WSSS-FM) in Charlotte. We had a full 100,000 watt FM signal, great facilities, and some very talented people. Unfortunately, our hands were tied by corporate ownership, consultants, and focus groups. The same “carefully selected and researched” 300 songs were played over and over again. Very little personality was allowed beyond the liner cards. After the first few books, the ratings tanked. No surprise.

In Orlando, we had the opposite problem. WOTS-AM 1220 did an authentic recreation of 1970s AM Top 40 radio. Terry Mason (my boss) was a big believer in personality radio. He gave us the freedom to have fun on the air. The problem was that we were licensed for just 1,000 watts days and a ridiculous 110 watts at night. If you were more than a few miles from the WOTS transmitter, XEB in Mexico City would clobber us with their 100,000 watts!

When I jocked in Minneapolis, I hosted a Saturday night 70s show on WTCX-FM 105.1. This was 1993, just as the 70s format was starting to catch hold. At this time, nobody else in the market was playing those songs. It worked! We had callers. We had sponsors. Just as it was taking off, our owner decided to sell the place. Everyone got the boot and the frequency became home to Alternative REV 105 aka Revolution Radio. Game over.

Licensed to Lookout Mountain, WFLI has the whole enchilada. They use their original calls. They operate on their original frequency. They even broadcast from the original building where it all began in February, 1961! I love their sweepers which include actual aircheck clips from the original FLI jocks! One of these talented folks is still there today, doing afternoons. Congratulations, Gene Lovin! It’s obvious from the first listen that these guys absolutely LOVE what they do! In an age of satellite delivery and voice-tracked stations, you just don’t hear this very often anymore.

The Big Jet FLI’s music is dead-on. All hits. No filler. Not the same burned out songs that everyone else plays. Their processing is perfect for this format. When you listen to the online stream, you get the actual AM air signal. Not a lifeless, hollow sound from the output of a computer. Their engineers have done an amazing job recreating that authentic Top 40 “sound” of the era. To anyone who doesn’t believe AM radio can sound great, lend your ears to this station’s feed!

Of course, having a 50,000 watt signal doesn’t hurt, either! In recent months, WFLI has added FM translator W249BR on 97.7 which covers the immediate Chattanooga metro area.

If that’s not enough, they have turned the entire facility into a museum! The National Top 40 Hall of Fame & Radio Museum offers tours to the public on a regular basis. It’s a great way to get the full experience of how Tennessee radio was back in the golden age of Top 40.

WFLI has become my go-to station, owning the first preset on my phone. If you own or manage an automated jukebox, this should be your inspiration. It is the best example around of what a great Classic Top 40 station can and should sound like. Give them a listen on TuneIn when you have a chance. Thank you, Big Jet FLI, for doing justice to this format!