On Friday, May 21, 1999, I performed my final radio show. When I was in my 20s and early 30s, I never thought this day would come. I lived, ate, and breathed radio. I wanted to be one of those guys who never retired, who literally spoke his final words behind a live microphone.

Industries change. Economies change. Priorities change. That’s life. The roaming radio gypsy merry-go-round was a damn fun ride. It lasted for 16 years. I wouldn’t trade those experiences for anything on Earth. But as Kenny Rogers once said “You gotta know when to hold ’em, know when to fold ’em.” I did, and I did. No regrets.

Even now, people ask me at least once per week “Do you miss radio?” My answer is always the same: “Yes, I miss being on the radio. No, I don’t miss working in radio.”

Today, the state of Kansas makes history. On April 1, 2019, for the first time ever, you are able to purchase real beer in Kansas grocery and convenience stores. I have christened this day “Kansas Real Beer in Grocery Stores Day.” Seriously, it should be a statewide holiday. If you’ve ever lived in Kansas, or even visited for any length of time, you most certainly understand why.

Out of all the states I’ve been to, Kansas has the most archaic and restrictive liquor laws. Part of the madness is this strange formulation known as “3.2 beer.” Sometimes called “near beer”, 3.2 is basically beer that has been watered down to lower the alcohol content. Maximum potency is 3.2% alcohol by weight, or 4.0% by volume. Now WHY would anyone want to do this, you ask? From what I understand, it goes back to the days immediately after Prohibition. Kansas wasn’t ready to legalize booze on the state level. As a compromise, “Cereal Malt Beverage” was introduced. This is the legal term for 3.2 brew in Kansas, abbreviated as CMB. I’ve never heard it used anywhere else. Basically, it created a loophole in the law. Because, you see, it wasn’t really beer. It was Cereal Malt Beverage.

Since 3.2 isn’t legally “beer”, it’s subject to different, more lenient laws vs those which apply to other alcoholic beverages. Before July 1, 1985, 18-year-olds were allowed to purchase and consume CMB. The drinking age for all other forms of liquor was and is 21. Arriving in Kansas as a 20-year-old in 1984, this was somewhat confusing to me. Legally, I couldn’t walk into a liquor store and buy a 6 pack of Coors. Yet, I could walk into the convenience store across the street and do so. Upon asking the locals “why?”, I was told that grocery and convenience stores only sell “weak beer” so that 18-20 year olds can buy it. But how much weaker? “Regular” beers produced by the majors (Bud, Coors, Miller) run around 5.0% alcohol content by volume. Sounds quite a bit stronger than 3.2, right? Ah, but remember, that’s 3.2% by weight. Measured by volume, that becomes 4.0%. Quick math told me that five 3.2 beers equals four “regular” beers. So, I’d just drink one or two more. Problem solved!

The other big difference that no longer exists was that only 3.2 bars were open to the public. Anything stronger required a private club membership. You see, Kansas never passed liquor by the drink after Prohibition. “Open saloons” were strictly prohibited. This relic of a law was finally repealed by voters in 1986. Private clubs could stay open until 3AM whereas 3.2 taverns had to close at midnight. You can guess what happened at midnight: after drinking CMB all evening, those who were 21+ would drive to a private club to imbibe in more potent spirits. Instead of driving drunk just once to get home, they would do it twice. Brilliant!

The one remaining vestige of the Kansas 3.2 beer laws was the prohibition on grocery or convenience store sales. Only liquor stores could sell “strong beer” for off-premises consumption. This all changed on Monday, April 1st. Any retail establishment with a CMB license is now allowed to sell beer up to 6% alcohol content by volume. Kansas becomes the third state in the past year to do away with 3.2 brew. Colorado and Oklahoma changed their laws last year. The only 2 remaining states are Minnesota and Utah. Efforts have been underway in both of those states, but I’m not holding my breath. Having grown up in Minnesota, I know they are notoriously slow to change liquor laws. Just last year, they made it legal for liquor stores to open on Sunday. As for Utah, I really wouldn’t hold my breath.

While gas station owners and grocers are ecstatic, liquor store owners are concerned about the impact this will have on their bottom line. Time will tell. My personal opinion is that this change is WAY overdue. It should have been part of the 1985 law, in order to compensate grocery and convenience stores who would no longer be able to sell beer to 18-20 year olds. In any case, I’m glad Kansas is finally (albeit slowly) modernizing their liquor laws, making them similar to surrounding states. You still can’t buy wine with your steak. You still can’t buy beer on Sunday in many parts of the state. I’m guessing those issues will be taken up in future legislative sessions. In the meantime, Happy Real Beer in Grocery Stores Day, Kansas!

Shopko will soon be a thing of the past. This is sad news, especially if you happen to live in a place where Shopko or Shopko Hometown is the only department store for miles around. Way back in 1962, Shopko began life with one Green Bay, Wisconsin store.

Typically, they have located in towns too small to have a Walmart. Over the years, they have grown by purchasing other similar chains. In 1997, Shopko purchased the Pamida chain of discount stores. They also acquired several ALCO stores which were then converted mostly to the smaller Shopko Hometown stores.

If you’re headed for Minnesota’s North Shore on vacation this summer, be sure to stop in Duluth to get whatever you’re going to need while you’re up north. The Shopko Hometown store that you’ve come to depend on in Two Harbors will no longer be there. Hate to see ’em go, but I guess it’s just a sign of the times. Like it or not, we live in an Amazon world. R.I.P. Shopko. 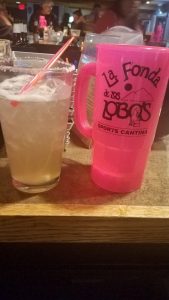 Just wanted to take a minute to pay my respects to the crew at La Fonda de Los Lobos. Octaviano “Otis” Trujillo started this Eagan, Minnesota restaurant back in 1976. After 43 years, tonight will be last call on Highway 13 in Eagan.

I first discovered this place when I was in high school, working at the local Kmart. After the store closed at 10PM, a group of us would make the short drive to “La Fonda’s” for Mexican dinner and drinks. Yes, I said drinks. La Fonda was one of the very few places that 17-year-old, baby-faced me could get served. I think it had a lot to do with the fact that everyone whom I was with were in their early 20s. Legal drinking age was 19 at the time. If you averaged us all together, we were legal 🙂

All good things must come to an end. For La Fonda de Los Lobos, that day was Thursday, February 28, 2019. No more looking forward to Loboritos when I come home. They will be missed. 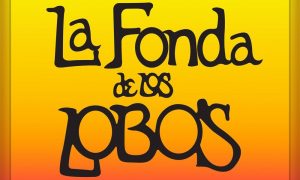 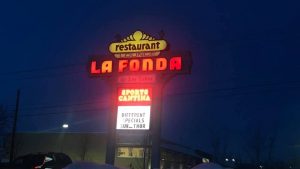 Unless you’ve been under a rock for the past few days, you no doubt are aware that Apple has released the long-awaited iPhone 7 and iPhone 7 Plus. Like most people, I immediately noticed what the new iPhone doesn’t have: a headphone jack. This is a problem. Especially if you’re an audio junkie like me. Wherever I go, I am constantly streaming radio stations or other sources of music and news. I need a headphone jack.

In fairness, Apple does include a lightning to 3.5mm headphone adaptor at no extra charge. But the added weight is cumbersome. Another problem is that you cannot charge the iPhone 7 while using the adaptor. The preferred option is to use Apple’s new wireless AirPods in place of headphones. That is, if you don’t mind spending an additonal $159. I do.

Me? I’ll keep my tried and true Samsung Galaxy Grand Prime. If the headphones go out, I can buy a new pair anywhere for around $10. If the charger goes out, that’s universally available for less than $10. And since it’s “old school”, it has a removable battery and microSD card slot. Two important features that neither the iPhones nor the newer Galaxy models have. Yeah, I’m cheap. But I’ll stick with what works for me.