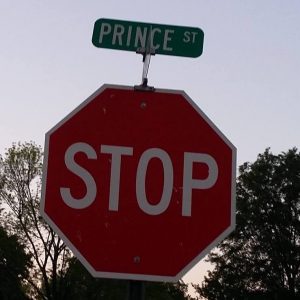 Like most of you, I was first surprised and then horrified yesterday morning when I learned of the passing of Prince. He was only 57. Nobody expected or predicted this.

“Little Red Corvette” came out a few months before I began my first radio job. On the day I started my first CHR gig, “Purple Rain” was at it’s peak position of #2. The “Purple Rain” soundtrack was sitting at #1 on the album chart. Over the next 15 years, I would play a lot of his music on various stations across the country. Truly, he was a one-of-a-kind talent.

I was never a major Prince fan. Even so, I always felt a connection with him because we grew up less than 20 miles apart. As a baby DJ coming out of a Prince song, I would often say “Prince is great, isn’t he? Of course! Prince is from Minnesota!” I never met the man, nor have I ever been to First Avenue. I didn’t get the chance to see him perform live. Because of this, the “connection” is difficult for most to understand. But if you’re from Minnesota, you get it. Prince was one of us.